About seven years ago, Lori Prashker-Thomas responded to my article on MyJewishLearning.com. She was touched deeply by SHIFRA’s work to help Jewish women with unplanned pregnancy crises.

Lori revealed this issue isn’t theoretical for her: she is a Jewish birthmother who, in 1997, walked out of an abortion clinic before a long and painful adoption journey.

She didn’t have the loving, compassionate support that SHIFRA provides – though she desperately needed it. She reached out to me because she wanted to do anything she could to help women in similar situations.

Even though I had no idea who she was- I felt like I had been waiting for her to call. From working with many pregnant women in crisis, I sensed our community needed someone Jewish to share a birthmother story that confronted the realities everyone knows but no one discusses.

Lori humbly offered to do admin work for us. Instead, I put her on the SHIFRA Board and told her the most important thing she could do was to tell her story. Lori has since published several important articles, and with great anticipation- her memoir was published just last month. On a personal level, I finished the book inspired to be a better human being. On a professional level, I felt the urgency that no one should ever again have to go through that kind of trauma alone.

SHIFRA’s core expertise is helping women overcome the challenges they face- financially, socially, and emotionally- if they want to keep their babies and flourish as mothers. Our work includes many professional services, including a lifetime parenting support group. SHIFRA also provides sensitive mental healthcare following abortion or miscarriage.

For women considering adoption, we both offer ongoing counseling and prioritize finding them a Jewish adoption agency/facilitator that we trust to be ethical. We also provide personal wellness and self-care grants after birth, something adoption agencies cannot do.

In the last six years, SHIFRA has had two clients place babies for adoption (there were none before that time). In that same time period, we’ve had probably 50+ inquiries from Jewish couples looking for a Jewish baby to adopt.

In our work, most clients who are not ready to take on motherhood’s responsibilities are too fearful of adoption even to discuss it. (For our part, we never, ever would discuss the adoption option unless the clients wants to.)

There are many reasons for this- but a dominating concern is a shame-ridden belief that placing for adoption means you’re a bad mother. Another part is anticipating the profound shame they will feel as their belly grows with a child they won’t be raising. In one case I’ve written about- the baby’s father pushed our client into abortion by refusing to sign adoption papers.

Lori’s credibility comes from the fact that she doesn’t sugarcoat her adoption journey. Her pain before and after the adoption was excruciating. Her book is raw and real- a journey that included bullying/abuse, suicide attempts, loneliness, betrayal, and more. Twenty-three years old, ashamed, alone, and without an advocate, she ended up with the nightmare of choosing an unethical adoption lawyer who intentionally did not fulfill a promise for an open adoption- thereby denying her the opportunity to hear from her daughter’s adoptive family for 18 years.

Yet Lori’s journey is not defined by her dark moments. Her journey is defined by the light that emerges and radiates out from the darkness.

As Lori writes, “It hurt so badly to be away from [my daughter]- more than I could ever describe- but I couldn’t regret loving her. Even amidst the worst of it, year after hard year, I never wished I could go back to that abortion clinic and say yes. I always knew wherever she was; the world was better with her in it. Now that I finally got to hear her voice for the first time, I know, without a doubt, that her life was worth the pain I experienced. If I had to do this again, I would.”

Thank you, Lori, for your courageous words and continued work to reach women with your message of hope. My prayer is that every Jew who believes in choice can embrace you and your story, and together, we can end the stigma that limits women’s choices. Because sometimes, good mothers might choose adoption, and they deserve all of the resources and support our community can muster. 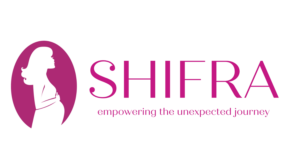 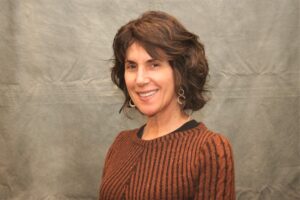 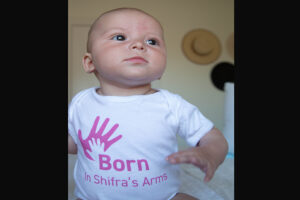 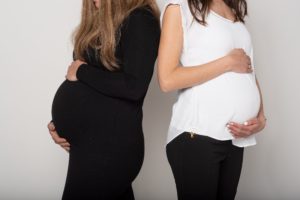 Don’t stand idly by during her pregnancy crisis